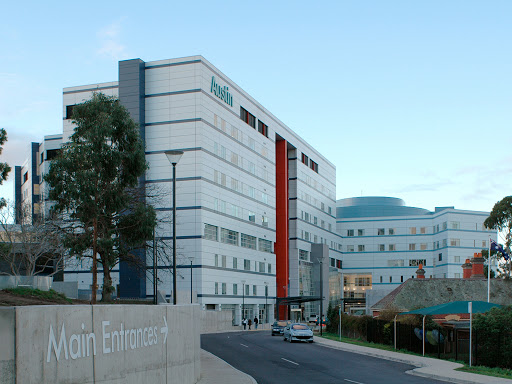 This was Victoria’s largest ever public hospital development project, and has amalgamated the operations of two of the larger public hospital institutions into one campus, to service the needs of the residents to Melbourne’s north east.

The Victorian Department of Human Services decided to commit the initial excavation and ground works on an “Early Works” basis, so the project could progress significantly whilst the managing contractor was selected and design issues were finalised. CDL has a solid record in this type of work and was the successful tenderer for the package.

CDL, under the guidance of the client’s project manager, carried out a large package of works including relocation of live services running through the proposed basement, demolition of some projecting parts of the existing hospital building, construction of a large soldier pile retaining wall and excavating the site down to a number of levels.

These works had to be carried out in the grounds of a busy operating hospital with minimum disruption to the stakeholders, including the hospital team and the patients. In some instances, we had to operate heavy earthmoving equipment next to sensitive hospital instruments, including the MRI scanner, without causing interference to the vital ongoing services.

Significant achievements include the excavation of the side of a hill to accommodate the new basement, relocation of an existing sewer / stormwater drain at some 8.5m below existing ground level.