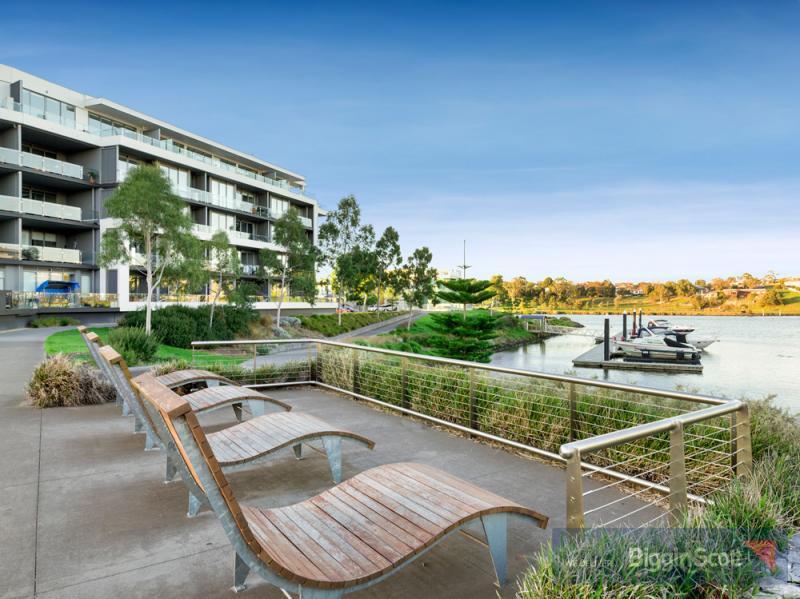 The Edgewater development is a housing subdivision approximately 7 km from the Melbourne CBD, on an extensive area of land fringing the banks of the Maribyrnong River opposite Flemington Racecourse. The property was previously occupied by a government supply instrumentality and represented an opportunity to redevelop a prime area in the inner western suburbs of Melbourne.

The task for the developer at Edgewater was to prepare an area for subdivision utilising the natural attractions of riverside setting whilst maximising the use of the site.

The design called for raising the low-lying river flats above design flood level whilst creating a lake connected to the Maribyrnong River to give best access to the water. The problem was in the potentially difficult soils forming a large part of the site. The silty soil under the site had major shortcomings in relation to geotechnical and environmental properties.

The original proposal involved excavation and disposal of the silt from the new lake, whilst importing very large amounts of filling to raise the subdivision. This was a costly option, and would result in the site soils being substantially tipped to landfill.

CDL was asked to tender for the project and provided an alternative proposal to treat and reuse the silt soil to provide a satisfactory soil in both environmental and geotechnical aspects. This proposal reduced the cost significantly whilst also appreciably reducing the impacts from the project. The treated soil was used as a base for filling the riverfront areas, supplemented in the later stages with imported fill.

Trials were carried out in late 2001 demonstrating the viability of the proposal, and the developer committed the project in early 2002.

The project was subject to exacting quality, environmental and health and safety controls. The silty soils excavated from the lake were constantly monitored to ensure the treatment was thoroughly executed, and the soils were properly compacted to ensure a stable platform for the future housing development. Imported fill was sourced from a number of excavations from sources as far distant as the eastern suburbs of Melbourne, and had to comply with strict environmental controls.

Other challenges along the way included the connection of the lake to the river using a “wet opening” excavation method. The CDL site team delivered the project by early 2004 and construction of premium housing is now well advanced on the subdivision.

In all, the project solution demonstrated a lateral approach to the site issues, with significant reduction in costs and impacts.