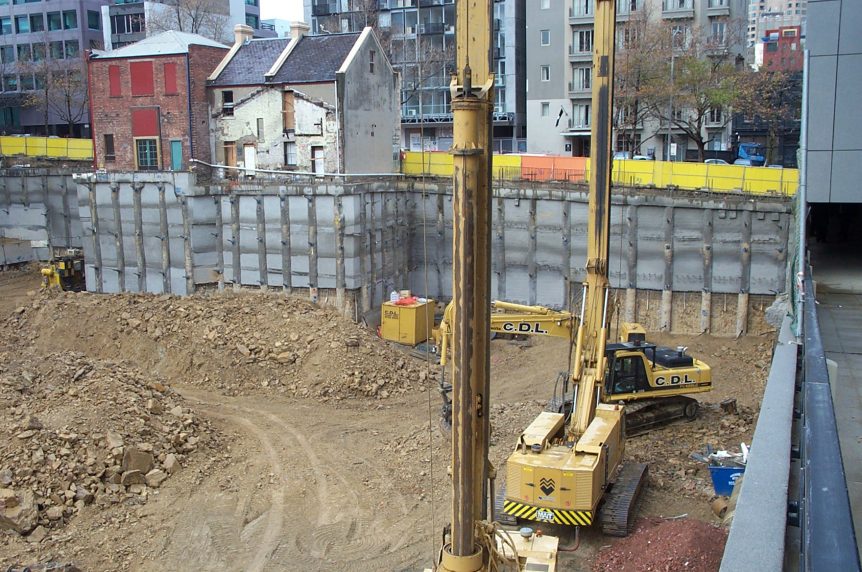 The new office tower development is part of new generation of developments to fit into the Melbourne central business district with a mix of commercial, retail, leisure, heritage, public urban and car park facilities. Particular emphasis is given to preserving the heritage aspects of the area, with an energy efficient building providing the working environment expected for modern commercial developments. The developer is a property trust investing funds on behalf of Australian superannuation funds.

To enable the developer to commit the project early whilst selecting a design and construct builder for the tower structure, the demolition and basement works were tendered and let as an early works package, which was won by CDL. This system allows the project to get out of the ground much faster whilst the building proposals are finalised.

The developer required a civil contractor who could manage the demolition, excavation and retention works in Melbourne’s bustling CBD, with the issues of interfacing with neighbouring commercial buildings, the intense road traffic, the public, service authorities and the municipal authorities. CDL’s works were project managed by the Clifton Coney Group on behalf of the developer.

Commencing in March 2003 after an intense archaeological dig commissioned by the client, CDL demolished the 5 single to 3 storey buildings fringing the site and commenced boring for the soldier piles. A capping beam was constructed at the top of the soldier piles, with localised underpinning of adjoining buildings. Excavation commenced for the five level basement to some 14 metres below street level, with the soldier piles and shotcrete infill panels tied back with temporary ground anchors forming the retention system. The large number of truck movements, to dispose of the excavated clay and siltstone / mudstone rock, were handled without fuss.

Access to the raft core footing was delivered within the tight construction programme, allowing the builder to move straight into construction of the tower structure.